So something happened today, and this is my take on it…
Some people feel like sh… on the inside, and they’ll do anything to make themselves feel better. Chances are, they don’t know they’re doing it, but you know what? You know what? They can go fix themselves.
Yup.
It’s no one else’s job than theirs, to figure it out.
If they haven’t figured it out yet, it’s simply that they haven’t reached the level of jerkitude for Life to smack them in the face with a mirror to their behaviour yet.
This in no way means that they haven’t yet met their match.
Because it could well be that they have indeed met their match, but that their match decided that they wouldn’t be the one delivering the blow that day.
I didn’t volunteer to be the one today.
I didn’t volunteer to be on the receiving end of snarky cryptic comments and jabs form a perfect stranger either.
I’m on a dating site, you see (and I don’t have any shame in saying this), and although it’s grounds for some laughs, it seems to be a breeding ground for some people to sharpen their ego and to trample your boundaries. So read on…
– caveat: Of course I have no idea what it’s like for men to be hunting for a female on there, so I can only speak from my very personal experience.-
For starters, there are those who state “no drama”. In adult speak, that means “I won’t validate your point of view the second you diverge from my construct of reality. Eveeeeerrrrrr”.
This is independent of whether their ex was indeed an unhealed raving screaming being.
This sets the stage for “looking for a people-pleaser”.
Who wants to be called a drama queen? No-one. What they are doing is Neuro Linguistic Programming! NLP! They’re telling you what they don’t want you to be so you look for attributes to show them and start negating yourself.
This, in essence, is a 5 year old declaring ALL the Christmas gifts are theirs.
Well no. Don’t even go there, no matter how cute they are or how desperate for connection you are.

Sometimes you need to put up with someone putting you in your place when you were out of order, so it would be optimal if we all agreed that we won’t get our way all the time…
People who state “no drama” haven’t done Life yet as fully functioning adults. Stay away

That’s when I say watch it! Because you could lose yourself

that people-pleasing streak in you, because you might feel that you HAVE to.
You DO NOT have to. You can, if you want to. But you don’t have to.
You don’t have to anything, especially things that don’t make you feel good.
You don’t have to please people.
You don’t have to fix people.
That doesn’t make you a bad person.
There’s also the one that’s going to try to make you feel less than.
And that’s one I had today:
He was aloof from the get go. I find that unattractive. He contacted me and was playing hard to get. He contacted me and then played hard to get… How does that even compute??
I didn’t bite on the sexting thing, and so he proceeded to send mixed messages: a paragraph followed by a third of a sentence, or something you don’t even know is a question or a statement, for example.
When people do that, they’re throwing a quiet tantrum and are really gaslighting – just so we are clear- .

Anything that leaves you confused even after you politely asked for clarification -that’s a skill to develop for your own good-, shows a deliberate intention to get one over you.

That’s when you’ve got to realise that it’s NOT about your worth, and that you do not need to wonder if you are worthy or if you did something wrong.
It’s about THEIR lack of self worth, and a desperate attempt to make you look bad.

Inside, they feel this big 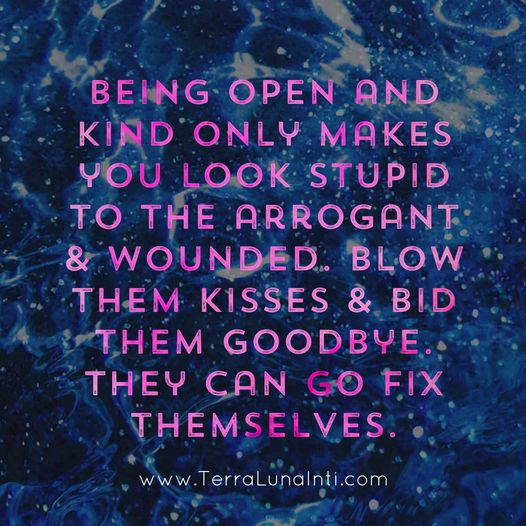 They’ll even insult you to get a reaction if they have to:
This guy asked me for a photo. I happened to have one to hand, it was one one where I have a surprised look on my face. It’s funny-ish.
Upon seeing it, he asked me if I’d been mentally unstable for long…
That was 17 minutes into a written exchange. He already had photos of me on my profile and didn’t need a new one. He had to make me comply, and asking for a photo is easy enough to make me look bad if I say no.
Ok, Honey. You’re on the jerk list and you’re not coming off it unless you can display an extraordinary amount of self-awareness without my saying anything.
I’m not going to throw a fit.
I’m not going to try to score points.
I’m not even going to grace you with an overreaction that will add water to your

mill.
I will see where this goes before I let go of this conversation.
No love lost. I don’t owe you anything, but I owe it to myself to be firmly watching my boundaries, because clearly you’re intent on pushing them.
Stay nice because it’s better for your immune system and your nervous system in general, and imagine you’re patting them on the head if you have to. “Awww that’s cute, I see what you did there. Biiiig effort. Well done. It’s a still a no. “
Your boundaries are precious.
Look after them as fiercely or as quietly as you want to, but recognise it when someone is trying to get you to take them down for them.
These people can go fix themselves.

I can't wait to hear about your wins.

All bookings available below: